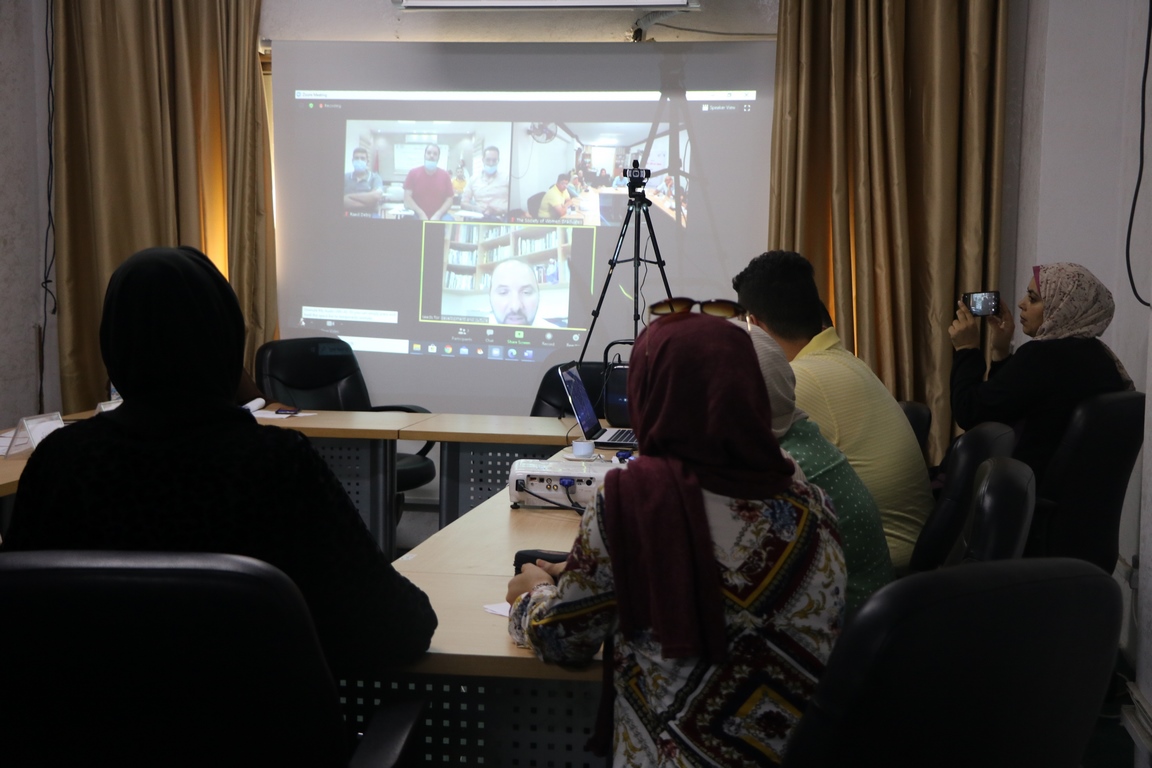 The Association of Female University Graduates in the Gaza Strip, in partnership with the Seeds for Development and Culture Association in Nablus, inaugurated the first activities of the "Together We Fly High" initiative. It is a part of the Palestinian National Coalition Project activities to Promote Civil Peace and National Unity implemented by Pal-Think Foundation for Strategic Studies and the Reform Foundation and funded by the Swiss government.

The activity included a joint debate between a group of youth from the Gaza Strip and another group from Nablus through ZOOM program under "This council believes that the Palestinian reconciliation will not significantly affect the Palestinian capabilities to confront the Israeli annexation” topic. While Nablus team is the team supporting the saying, Gaza team is the opposing one. This activity aims to strengthen the national unity and developing the critical thinking skill among youth in the West Bank and the Gaza Strip.

Mr. Omar Shaban, the Director of Pal-Think Foundation for Strategic Studies, made an opening speech in which he emphasized that focusing on the youth is one of Pal-Think priorities, as youth are the most capable group to influence and change the society. Mr. Shaban also mentioned that this activity reiterates a series of activities conducted out by Pal-Think to enhance Palestinian unity, bring Palestinians viewpoints closer, and encourage dialogues and communication between the West Bank and the Gaza Strip. 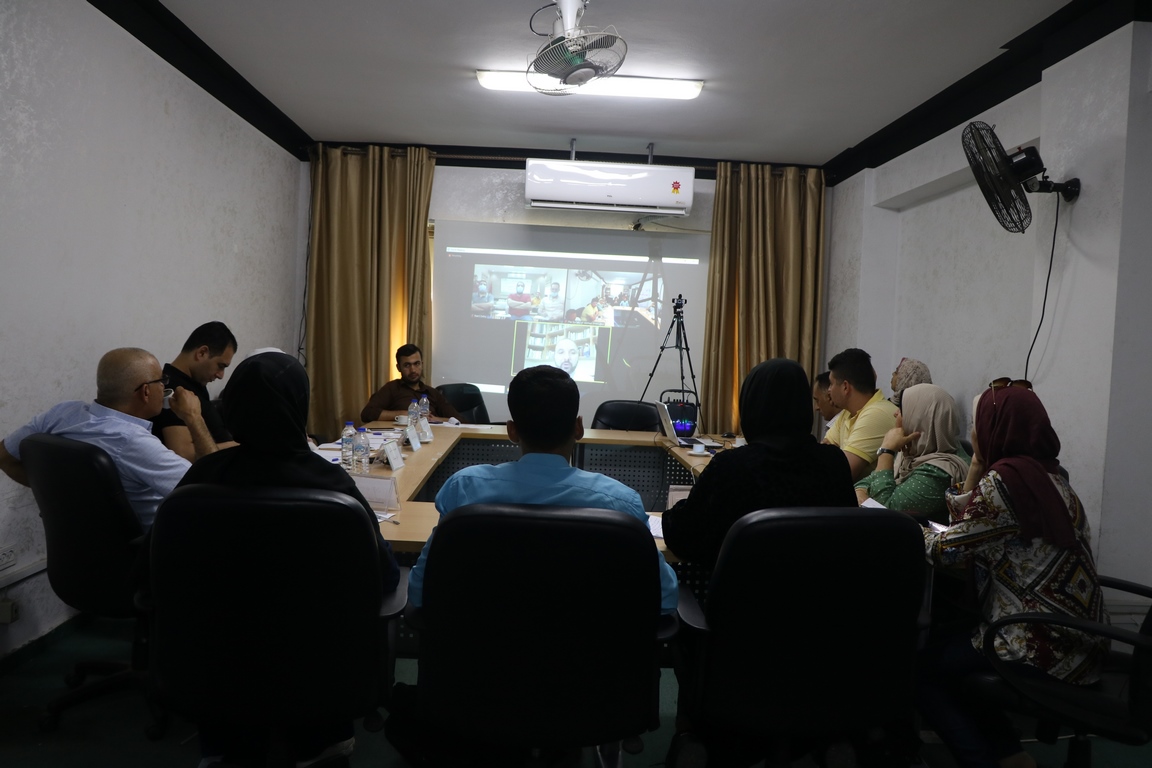 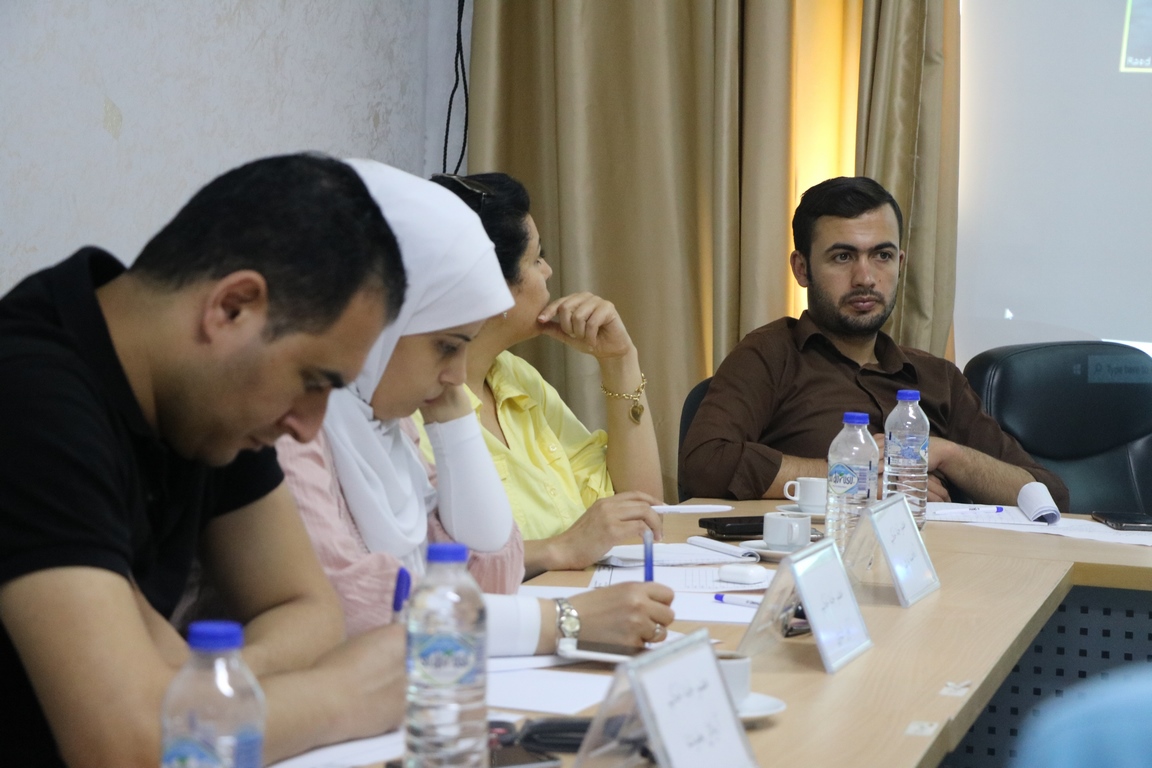 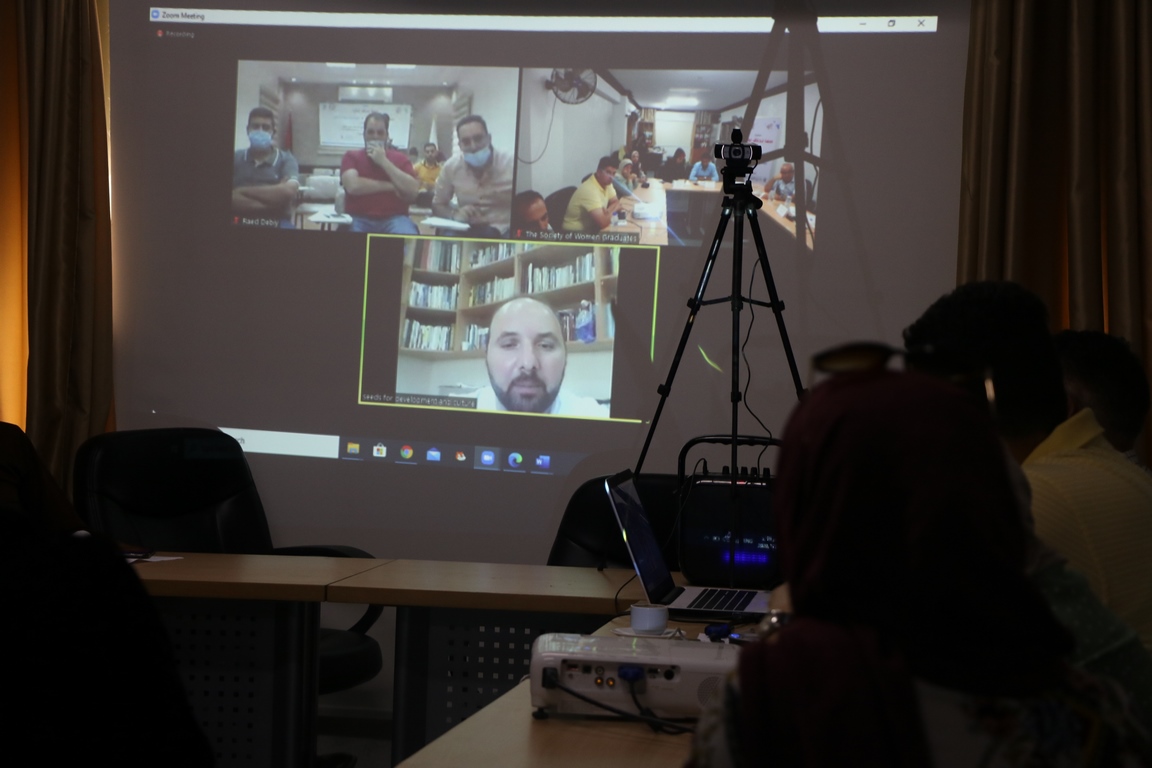 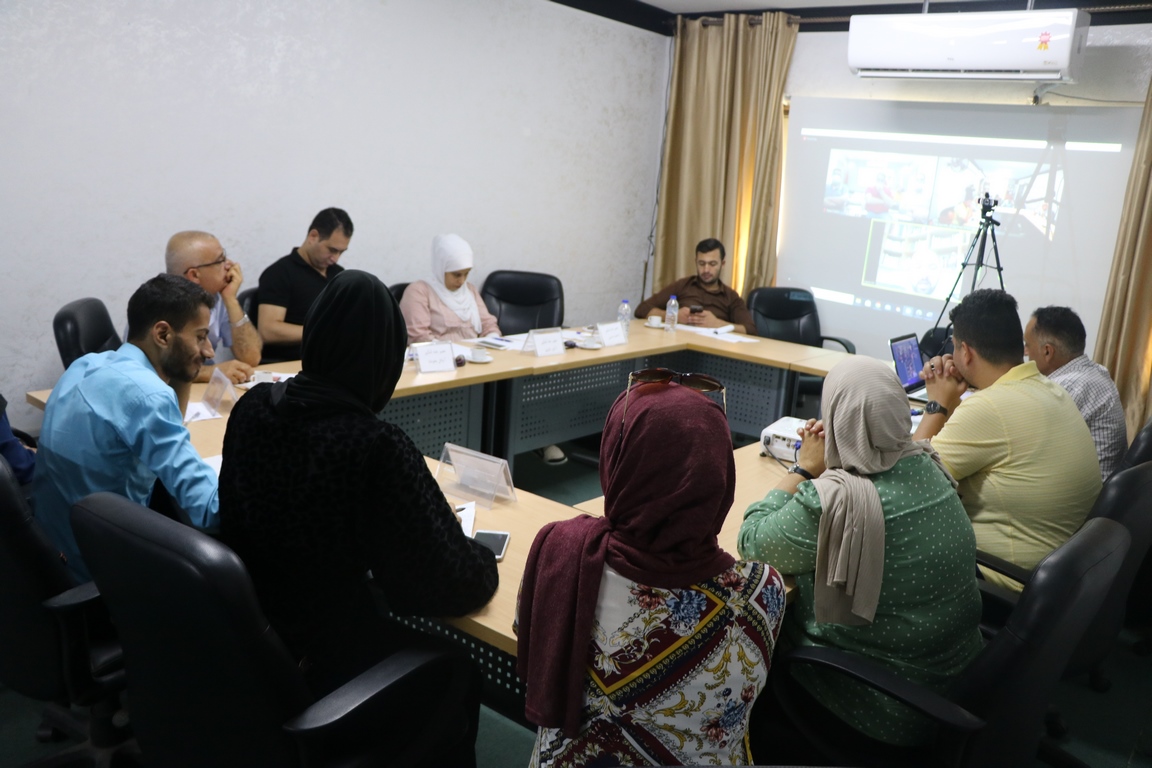